“District 25 is one big community.  We all play for the same team. That’s why I avoid the personal attacks and divisive politics that stain government.  I go to Pierre and act with principle and civility so that we build our community up without tearing our neighbors down.”

Jon lives in Dell Rapids with is wife Sheila and their five children; William, Garret, Lily, Jude, and Hope.  Jon holds deeply to his faith, loves his family and friends, and always tries to be there when a neighbor asks for a hand. 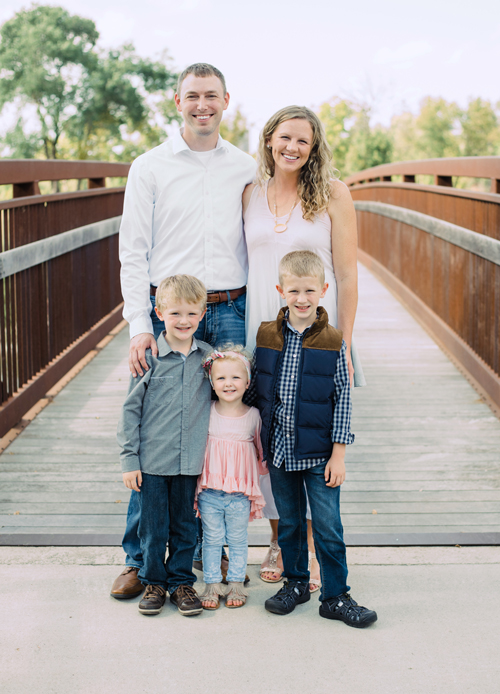 Jon was born in Yankton, South Dakota.  When he was six years old, Jon’s dad passed away.   Six years later, Jon’s mom remarried and his family moved to Dell Rapids where he grew up along with his two sisters.

Jon graduated from Dell Rapids High School.  After developing a passion for learning, Jon worked his way through classes and obtained a degree in Business Administration from Southeast Technical Institute.  He later earned a Business Management degree from the University of Sioux Falls and a Law Degree from the University of South Dakota. Jon now works as a lawyer at Dell Rapids Law Firm.

Jon married his high school sweetheart, Sheila, in 2006.  Sheila grew up with ten siblings on a farm north of Dell Rapids.  Before they married, Jon learned how to help out around the farm and milk cows–mostly so he could spend more time together with Sheila.  Jon learned a lot about agriculture because of Sheila and her family and developed a deep respect and admiration for South Dakota farmers.

Jon plays an active role in his community and has served as president of the Dell Rapids Chamber of Commerce. While he was president, Jon and the Chamber board were responsible for Dell Rapids Quarry Days and other programs and events which promote the community and local business.

Jon is an avid musician and performs professional acoustic shows for area events and restaurants.  Jon also leads others in prayer by playing Christian music for the church.

Jon was first elected by the people of District 25 to serve in the House of Representatives in 2010.  During his time in office, Jon served as Chairman of the House Judiciary Committee and served in leadership as a House Majority Whip and Speaker Pro Tempore.  While in office, Jon, a strong conservative, advocated for families, low taxes and fees, open and efficient government, protection of life, preservation of family farms, and quality education for South Dakota children.