PIERRE, SD–Jon Hansen (R-Dell Rapids) has been elected to a legislative leadership position as a House Majority Whip.  Legislators gathered in Pierre over the weekend and elected Hansen to the leadership post. 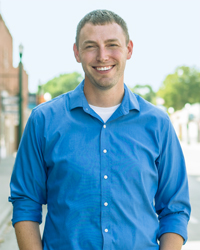 “It’s an honor to be elected by my fellow legislators to serve in house leadership,” Hansen said.  “Being a whip allows me to build stronger collaborative relationships with policy makers in both the legislature and the administration and gives our district a stronger voice in Pierre.”

So nice to meet you in person last week! Keep up the good fight!

Life is good and so are the people of Colton! ... See MoreSee Less